The Sinking of the Titanic

All content is copyrighted and without the explicit permission of the owner may not be disclosed, reproduced or distributed.

2015
Liisa Pentti +Co & NYKY Ensemble: The Sinking of the Titanic

Liisa Pentti +Co and Sibelius Academy’s NYKY Ensemble perform The Sinking of the Titanic, a cult work from the 1970s, in collaboration with Gavin Bryars, the composer of the piece. The Sinking of the Titanic is a landscape formed by dance, music and space. The spectator’s own memories intermingle with cultural images and the collective consciousness. Bryars’s composition is based on the 1912 tragedy of RMS Titanic that collided with an iceberg on the coast of Newfoundland. The composition utilises elements related to the catastrophe, including musical pieces and the hymn Nearer, My God, to Thee, which is the alleged song the band was playing before the ship hit the iceberg, and also when the ship was sinking. The foundation of this collaborative work is based on the sinking of the Titanic, the ongoing battle for the reconciliation of nature and technology, and Bryars’s idea of time continuing eternally in underwater conditions. 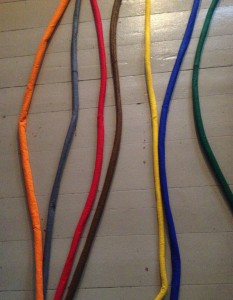 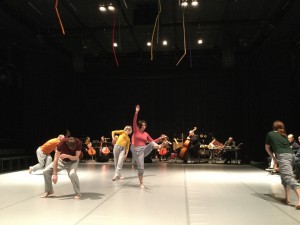 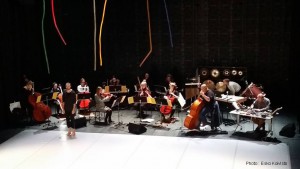 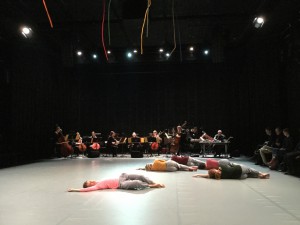