How to spread tulips in Budapest

All content is copyrighted and without the explicit permission of the owner may not be disclosed, reproduced or distributed.

Online_onsite was an exchange project (curater: Hanneke Breuker). Artist from Rotterdam and Budapest exchanged
their homes and studios and were given a website.

During this period in Budapest, I worked on the project How to spread tulipbulbs in Budapest. For three month I lived in an unfamiliar country with a strange language and with a stranger in a house on a remote location. In the beginning, the internet was the only window to the outsite world for me: I looked from a local place (budapest) to the rest of the world (internet).
Through the internet I made contact with people living in Budapest. A means for getting into contact with those people were *50 tulip bulbs. I had brought with me from Holland. Through the internet I offered these bulbs for adoption to inhabitants of Budapest. In addition, I mailed a personal letter to a number of people.
With 29 of them who agreed to my proposal, I made an appointment in which I personnally gave them the tulip bulb. Afterwards they could plant the bulb in a place of their own choise. The delivery of the bulb was registrated officially with a form (in two-fold) on which both: donor and receiver had put their signatures.
The portraits of these people are on the website, as are the adresses of the meeting places. The pictures on the website and the precious actions together create one entirety. At the end I brought my virtual an physical presence in Budapest together in one work.
On the website you can see the map of budapest on which you can click on certain points inner of the adresses of meetingpoints. These points in the clickable map lead to pictures of the portraits of the persons which I met there. Budapest gets a personal face. (Later I made a little catalogue of this work) 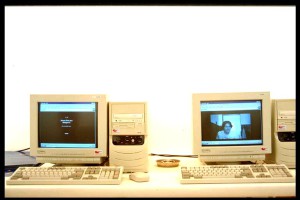 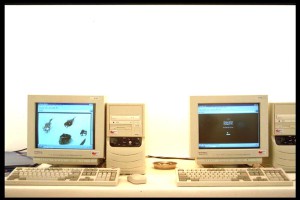 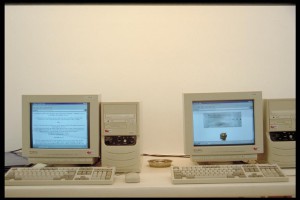 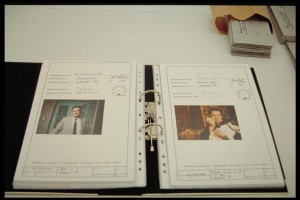